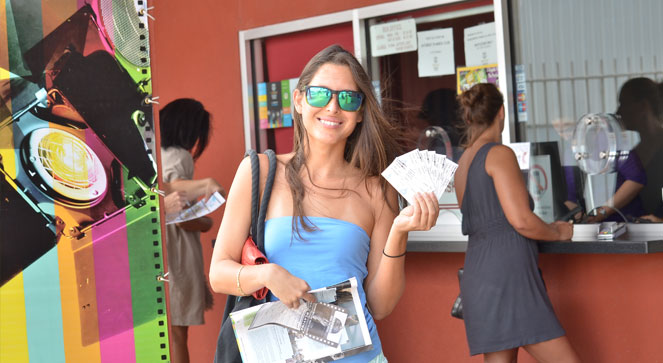 With a high-quality selection of recent independent and innovative films, documentaries and short films from all over the world, Curaçao IFFR extends and reinforces the supply of films that can be seen in Willemstad, Curaçao. The film festival, set up at the initiative of Gregory Elias and organized by Fundashon Bon Intenshon in cooperation with the International Film Festival Rotterdam, seeks to inspire cinema-goers and young filmmakers from the region and to broaden the range of culture available on the island. Fundashon Bon Intenshon is also a main sponsor of International Film Festival Rotterdam, the Netherlands.

In 2012, the first edition of the Curaçao IFFR, which opened with the Caribbean and Latin-American premiere of the much celebrated documentary Marley from director Kevin Macdonald, attracted over 7000 local and international visitors and filmmakers and put Curaçao well and truly on the map in terms of film watching and film making. In addition to the four-day film festival, the event featured performances of local youth orchestras, an exhibit of classic and vintage cameras from a private Curaçao collection and the very successful “Short Movies, BIG Stories” film competition for local youth paired with various workshops on the art of film making, lectures and special school programs and screenings for students.

In April of 2013, the second edition again took place in the six-screen theater The Cinemas in the Otrobanda area of Willemstad and surpassed the first edition in numbers of visitors, films shown, and international guests from the film industry. In addition to the successful “Short Movies, Big Stories” youth film competition, a photography competition was added for both amateur as well as professional local photographers. The festival featured an extraordinary exhibit, showcasing image projectors ranging from vintage magic lanterns to modern-day video-projectors from the private collection of the late Dr. van Veldhoven, called “Magic Lantern”. In cooperation with the National Archives of Curaçao, the exhibit featured a wide selection of slides and photos from the late Curaçao photographer Fred Fischer.

Starting from the 2013 edition, Curaçao IFFR introduced its very own unique Yellow Robin Award for the best film of the region. The Yellow Robin Award aims to encourage film talent from the countries around the Caribbean Basin and Latin America for which Curaçao IFFR will collaborate with festivals and film commissions in the region. For more information on past and upcoming editions, please visit the website.

Curaçao International Film Festival Rotterdam is incontestably an elegant and refreshing way to impart culture while gaining the island of Curaçao international interest and respect.